Barry and Adam wrote and published the book “Guided Retirement Income Planning” in November 2020 to create higher levels of financial literacy and to show a comprehensive and logical process for executing income planning in retirement. Since we believe that this subject matter is so important and relevant, we are going to roll out one chapter each month. While our approach and philosophy will remain consistent in every economic cycle, customization for each household will vary.

We want to emphasize that some of you are not close to retirement and it is never too early to plan. You may also have loved ones, friends, or colleagues that are in need of help. We would be pleased to send them a complimentary copy of our book. We simply hope to help as many people as possible. As we present these chapters, please circle back to us with any questions or concerns that you have about the content and how it relates to you.

“We are influenced by completely automatic things that we have no control over, and we don’t know we’re doing it.”
Daniel Kahneman
(psychologist and 2002 Nobel Prize winner in Economic Sciences)

Behavioral or cognitive biases can impede your long-term retirement goals if you are not careful. Being aware of them is important in order to avoid making poor financial decisions. They apply to all aspects of life. Related to retirement income planning, below are a few of the most common biases:

Anchoring – This is when you attach yourself to a thought and belief and use it as a reference point. When you rely too heavily on one piece of information, it can lead to bad decisions and poor outcomes. We have had many conversations with clients who have subconsciously anchored onto something they heard or read about and made poor decisions. It is important for you to conduct adequate research based on facts and logic and not just a single reference point. The concept of anchoring is something you are exposed to every day either from various news sources, friends, colleagues or family. You need to be careful to avoid impulsive analyses that may be detrimental to your future goals. The right course of action is to think independently.

Here are a few examples of anchoring:

Loss aversion – There is a natural aversion to loss at any age but this becomes elevated in retirement. Think about it. Are you more upset about a 20% decline than happy with a 20% gain in the market? Many studies show that we feel more intense pain with loss than pleasure with an equal gain. Interestingly, Larry Bird, the great basketball legend, is known to have said that the pain of losing is greater than the euphoria of winning. This raw emotion and bias can lead us to overreact and make impulsive decisions, and sometimes cause unintended results. For instance, if you sold out of the market when it was down you would “lock in” losses and it would be difficult as well as emotional to return to the market for recovery. You would have avoided greater losses but delayed recovery. Responding to the market is impulsive. If changes need to be made in your portfolio, you want these decisions to be deliberate and in line with a long-term focus in order to meet your retirement goals.

Herding – This is when you just follow the crowd due to the fear of either making a mistake or losing an opportunity. You need to pay attention to the source of information that is driving this bias. An example of what may influence you is watching others going in or out of the market. You can become attached to, potentially, irrelevant data points and jump on the emotional bandwagon. This type of cognitive bias can lead you to buy or sell securities at the wrong times for the wrong reasons.

Hindsight bias – This is when people predict an event after it occurred. Hindsight is a revisionary thought process which leads to faulty overconfidence, pessimism, and potentially, poor decision-making. This bias is covered in more detail in Chapter 13 under black swan events.

A retirement income plan is goals-based and personal! Behavioral biases such as anchoring, loss aversion, herding, and hindsight, among others, can destroy a plan. Sometimes you can be your own worst enemy. Important financial or non-financial decisions should be carefully analyzed with facts and rational thought. Having a well-designed retirement income plan where you take ownership with confidence will go a long way to control the bad instincts associated with these behavioral biases. At the end of the day, you need to make decisions that uniquely conform to your best interests and lifestyle. You need to differentiate between real information and noise. As your financial goals change, and they will, your retirement plan will need to evolve as well. Periodic financial checkups will help you stay on track.

The Lighter Side of Aging from George Carlin

PrevPreviousFrom The Desk Of MGFS: Important Quarterly Insights Through March 2022
NextSPECIAL REPORT ON INFLATION, Part 2 – What Can You Do to Protect Yourself?Next 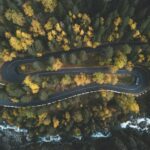 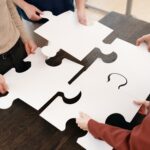 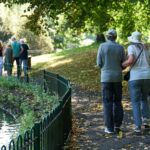